Well, you  do  if you want to have a future? That blog https://shehannemoore.wordpress.com/2014/03/04/i-did-kiss-you-ten-years-ago-in-that-coach-bagging-the-backstory-2/was about what to put in and what to leave out when it comes to backstories, today we’re talking how to present the backstory.

Yep. Managing how, when and just how much backstory to deliver isn’t  just  tricky, it’s something a lot of writers setting out to write that first novel agonize over.

Haven’t we made up this fantastically detailed backstory to put the meat on our characters’ bones, determine how it has defined them?

Don’t we want the reader/publisher/agent to be bedazzled with our fabulous pzazz ability?  Our imagination in overdrive?

Honestly, I have to answer no.  It’s a personal thing of course, but I’m a believer in the drip feed effect. Anyone with half an imagination can fill in the backstory but the real writing trick comes in holding the horses until it’s the right moment to let them go. Or rather let them canter for a yard or two then haul them back in again.

Not that, you dork.

Because the reader doesn’t  have to know everything. Think about it. It’s only you, the writer,  who thinks they do. Too much, too soon, doesn’t give much of an incentive to keep reading. Too much, too soon, slows the pace. Takes the story backwards. By dropping little hints and details we can create mysteries, crank up the anticipation, get and keep the reader guessing, over the simplest thing. Who a person is? What happened to them?  Don’t we all like to play am I right, or wrong with this guess?

All the time as we’re making them wonder, we advance what really counts. That’s the plot. Think great TV series that end with a cliff-hanger, then open the next episode NOT where the last one left off but somewhere else all together,  somewhere calmer, different. Somewhere where time has moved on, so now we’re itching to know about a ton of things, in addition to the backstory  and we’re watching to find out.

Apart from the fact Matthew was a character in Loving Lady Lazuli, I’m not telling here who he was, or how he connects to the heroine so   she can’t bear to think of him.

What did I say re mysteries?

And I’m not spilling re the end of chapter one in His Judas Bride either.

22 thoughts on “Who was Matthew…..drip feeding the backstory” 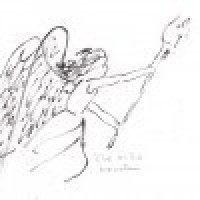